Mastodon isn't thrilling me the way it used too. Too much anger and vitriol, too little interesting content.

I'm now repeating here, what I did to solve this on Twitter: suppress boosts from my home timeline, unfollow the nasty or negative.

Which isn't to say that folks are wrong to be angry about whatever they're angry about. But your fight probably isn't my fight and I don't come here to get bummed out.

Is that privilege? Or looking out for my own mh? I don't really care, tbh.

@HerraBRE Curation of one's feeds falls firmly in the self-care category. I've been muting with a particular focus on the self-righteous lately and it's helped a great deal.

@deutrino Self Righteous is a good filter indeed!

People who are venting because bad things happened to them, don't bother me so much. We all have bad days, we all need to talk about things sometimes.

Aggression is what gets me down, and being self righteous is a big part of how people justify aggression around here.

@HerraBRE I'm sad about what I'm going to miss out on from boosts of people I follow, but I agree that it does seem almost essential in decreasing the amount of negativity that I take in from people that I'm not choosing to follow.

@npd I'm thinking of having "Boost Wednesdays", where I switch boosts back on just to see if I discover any new people worth following.

I sort of do that on Twitter already, but using Tweetdeck with retweets disabled, but sometimes I browse on my phone in the default UI with Twitter defaults. Very different experience. 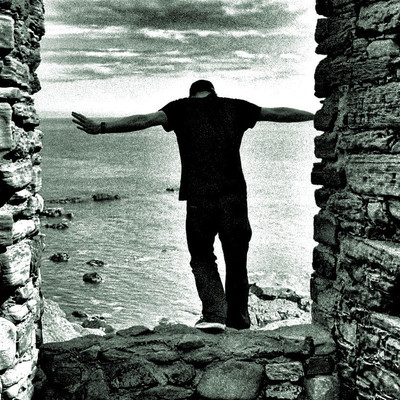 @HerraBRE when you say "unfollow the nasty or negative" are you saying that you followed the nasty and negative to begin with or that people who seemed nice at first have gotten nastier?
I've noticed the TL getting more negative (and a lot more angry) over the last months, but the people I chose to follow don't really seem to be part of it.

@moopet It can take a while (a bad day, e.g.) for people's nasty side to manifest.

The negativity is trickier, it's so closely linked with activism of all sorts and the desire to make things better:

I'll follow for the second half and tolerate the first if it's insightful, but when the first starts to dominate, it gets old fast.

@HerraBRE Yeah, I can relate to this too.. It is if something changed the last month. Before you could discuss in grown up manner but lately it is like people try as hard as they can to misunderstand you. Just so they have something to point out.

I think it might be temporary though.. because last couple of days it starting to feel better again.

Thanks for the idea of suppressing boosts. Big personal timeline improvement right there.