Leftist jerk. Back on my opinionated bullshit for health reasons. Ask me questions about stuff! pigeons are better at urban living than us. He/him

Funny to think what you want to show off, instead of the good photos i mostly like the one that got photobombed by a pigeon 🤔 https://mastodon.xyz/media/F0kxrZYINXUmTLyTQhw

CIVIL ENGINEERING IN NAME ONLY, FOR IT IS NEITHER. https://botsin.space/media/DP4S-f2KYQtiNRBVfcc

"I don't know who needs to hear this but you are not a capitalist. You are a salaried employee working in an industry owned by an actual capitalist. People keep confusing simple commerce-- which has always existed--with capitalism, a specific type of economy." — Bree Newsome

Being homeless is really really expensive I'll have y'all know.

This is a documentary, produced by Cherán TV, about the 7 year anniversary of community self-governance in the town.

In 2011, the indigeneous Purépecha communities of the area organized to keep out the cartels that destroyed the local forests, evict the politicians that exploited and ignored them, and create a system of governing themselves from the bottom-up based on indigeneous traditions.

Today Cherán forms one of a handful of self-governed autonomous zones in Mexico that reject the authority of the state and capital.

I've said this before and I'll say it again. Running PV for the last couple of years has made it very clear to me that the proliferation of harassment and abuse on the fedi is largely because creators of software refuse to deal with it.

Not because it's hard or challenging. They just refuse to try.

Whether it's because they are sympathetic or lazy or don't want to harm their friends is irrelevant.

These decisions always result in repeating cycles of harm against vulnerable communities.

Saying you're apolitical is another way of saying your position in society is so comfortable and safe that you choose not to question whether a better world could exist for those that are less fortunate than you. It's just snappier, and thus is a more efficient way of explaining you aren't woke.

The #GNU Image Manipulation Program maintainers use a lot of branding for their program with something both sexual and offensive to a minority.

When called on it, they tell people to fork.

When people fork it, they are ridiculed and insulted. 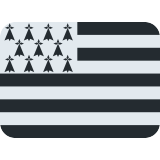 In its current state, free and open source software provides no material benefits for end users and the general public. Its use enabling hate speech and silencing marginalized people for the profit and interest of privileged people.

If you can't articulate a goal or a vision of software beyond 'well, you can download it for free and edit the source code', i don't care and nobody else should be expected to either.

Marxism-Leninism, aka "Trickle down Communism"

Sometimes it's worth it to not post your technically correct point in the interest of keeping peace. Knowing the difference distinguishes you from reply guys. Being right isn't everything. In a certain sense, it isn't even possible, but that's another conversation for another day. We don't think of speech as action, but it is an action. Keep that in mind.

1) they have a fund to help you sue if you get fired or arrested for your participation in the class war.

2) they also will reimburse travel expenses to attend organizer trainings where you can learn how to avoid #1.

and here's your yearly Halloween food PSA that if you take any kind of vital medications, be very very aware of any black foods you consume.

activated charcoal is what sucks up toxins from your body (like in the case of poisonings) but it will also soak up your medications and fuck you up. be careful out there.

@sofia sure, if you have the time and money to do the research and make better consumer decisions then go right ahead. The problem is assuming proles have either the time or the money to (for example) research what kind of pens to buy.

It's a fallacy to assume demand of cheap disposable plastic pens is directly correlated with the supply of them. What is in demand is the product of the pen itself, in any form it comes in. Putting the onus on the consumer to find a pen that isn't going to end up in a landfill, when the manufacturer could easily just make pens out of reusable or recyclable material, isn't going to do a thing about the supply of plastic pens.

ARCADE FIRE IN NAME ONLY, FOR IT IS NEITHER. https://botsin.space/media/87dN34hcKrdwnjxTRXw

Ada Lovelace is often cited as the first computer programmer, writing an algorithm for Charle's Babbage's mechanical computer. it was late in the 20th century before computer programming ceased to be seen as a menial task most suitable for women. the Industrial Revolution's automation of weaving, and its destructive impact on the predominantly-feminine home textiles industry, prefigures the chasing of women out of programming.

like Charles Babbage, remembered for the machine while Ada Lovelace is remembered for the programming, the industrialization of weaving was accomplished by male mechanical engineers, and the logical or formal innovation in weaving-in-the-abstract continues to largely be the work of women.

Compost from my kitchen scraps now ready and being added to one of my veg beds. I'll be planting Autumn sown Broad Beans in here.

I have improved my growing. I am very satisfied.

Leftist jerk. Back on my opinionated bullshit for health reasons. Ask me questions about stuff! pigeons are better at urban living than us. He/him